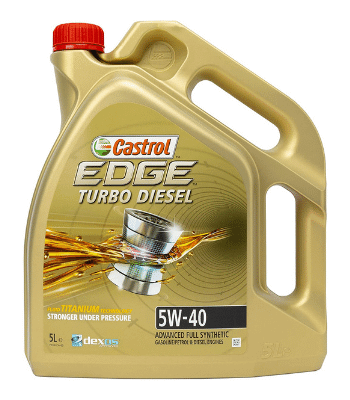 Motor oil EDGE series is one of the pinnacles of Castrol, where the most modern developments are collected. For example, in 2011, was released Castrol EDGE Turbo Diesel 5w-40 FST, which used technology to increase the strength of the oil film (Fluid Straight Technology) for maximum engine protection.

Today, this technology has been updated to offer Castrol EDGE Turbo Diesel 5w-40 Titanium FST with Titanium Technology, which, according to Castrol, is approximately twice as strong as other engine oils in its class in terms of its high oil film strength.

Castrol EDGE Turbo Diesel Titanium FST 5W-40 is a synthetic machine oil that is characterized by the presence of titanium particles.

Recommended for trucks and passenger cars operating with diesel engines, including turbocharged.